Congratulations to everyone who participated in Dark Forest v0.6 Round 1: Fascinated Manager.

In Fascinated Manager, we whitelisted slightly over 1700 players. 700 players earned their invite key to the next round by withdrawing at least 1 silver. Players made over 2 million transactions to the core contract, spending nearly 1.5 trillion gas. 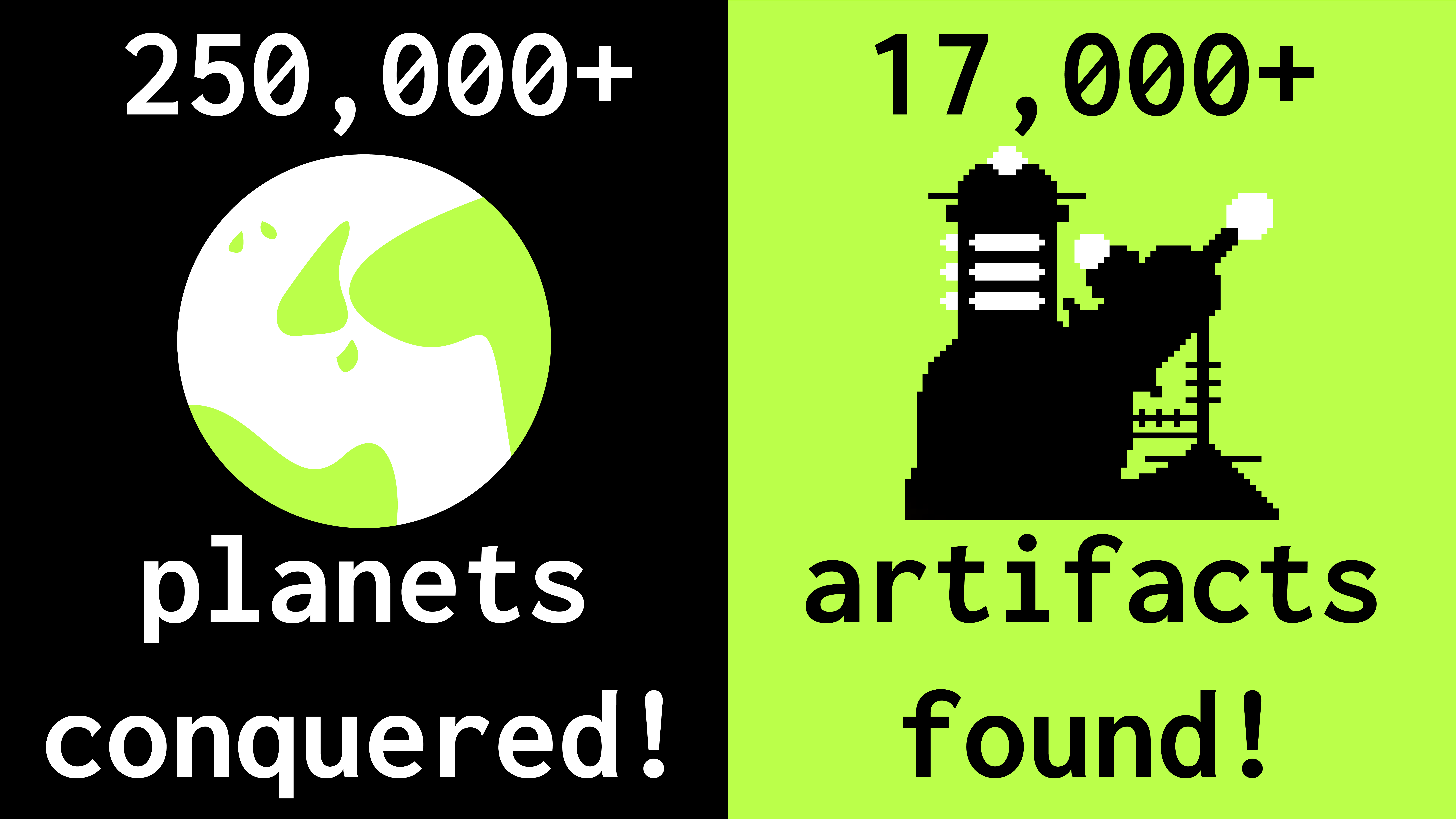 This round was won by @adietrichs, who scored over 300M points over two weeks. adietrichs used an incredible suite of custom plugins, scripts, and servers, which he demoed on stream the last day of the round. We’d highly recommend checking out his setup - it was an incredible feat! 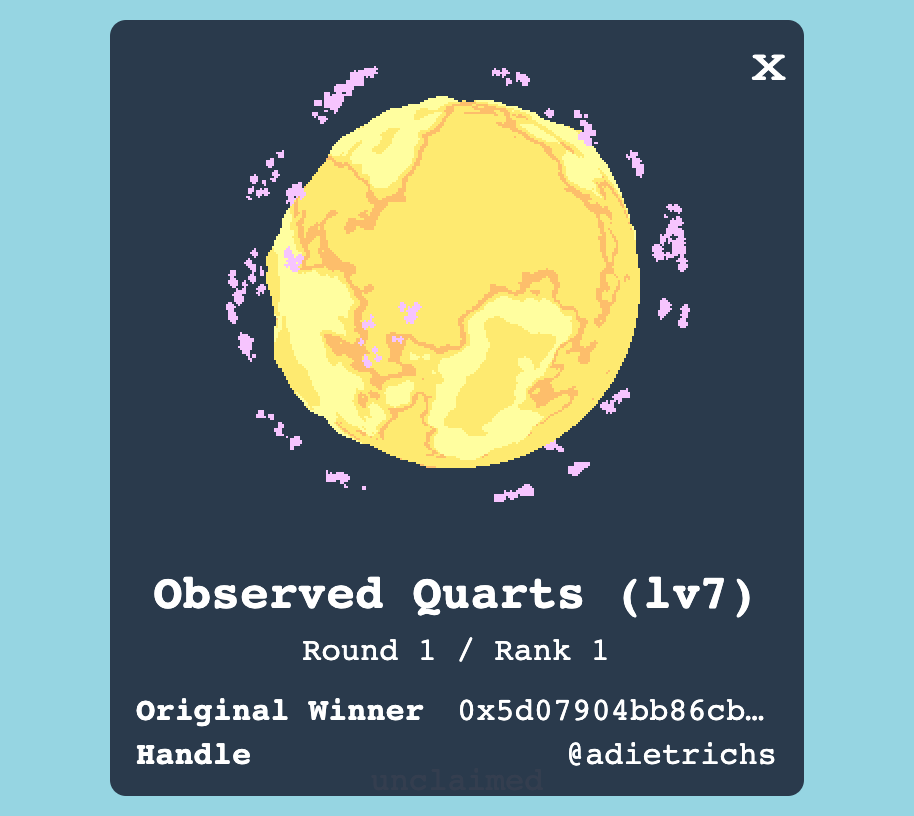 Third and second place were won by @phated (score: 227M) and @Ner0nzz (score: 230M), who were neck-and-neck up until the very last moment. Ner0nzz played almost completely manually, using Twitter diplomacy to acquire vast amounts map data and build powerful alliances. phated is a veteran contributor and maintainer of a number of open-source Dark Forest tools along with @jacobrosenthal; the both of them help maintain the community plugins repo, as well as a number of utilities under Project Sophon.

The top 63 players have been awarded planet NFTs in Valhalla on the Ethereum mainnet. If you won a prize, we’ve sent an email to you with instructions on how to claim it. These NFTs can be inspected on Etherscan and OpenSea.

We’ll also be awarding a number of special prize NFTs as well to players who contributed to Dark Forest in especially creative or community-minded ways. These prizes were awarded by the developer team with input from a few community members. They aren’t meant to be an exhaustive listing of all community projects; rather, they’re meant to highlight a sample of community contributions that we thought were especially cool.