Join the Dark Forest team on Twitch this Sunday at 4:30PM PDT / 7:30 PM EDT as we play the new round and answer your questions!

Welcome back. We’re excited to announce that Dark Forest v0.6: The Seekers’ Journey will be going live this weekend.

Dark Forest is a decentralized MMO strategy game, built on Ethereum and xDAI with zero-knowledge cryptography. Players explore a massive and procedurally-generated universe, conquering planets and growing a cosmic empire.

In Dark Forest v0.6, players will follow a spacefaring race known as the Seekers on an expedition through the multiverse. The Seekers are a long-lived and nomadic species that travel from universe to universe, fleeing a malevolent corruption–The Ancient One–that strives to destroy them.

You’ll trace the Seekers’ journey through multiple successive universes: unlike previous versions, Dark Forest v0.6 will take place as a series of rounds spread out over the course of 2-3 months. While core gameplay mechanics will remain consistent throughout v0.6, some universes may also feature experimental gamemodes and different objectives. In each round, players will gain access to the next universe by completing an objective in the current universe. 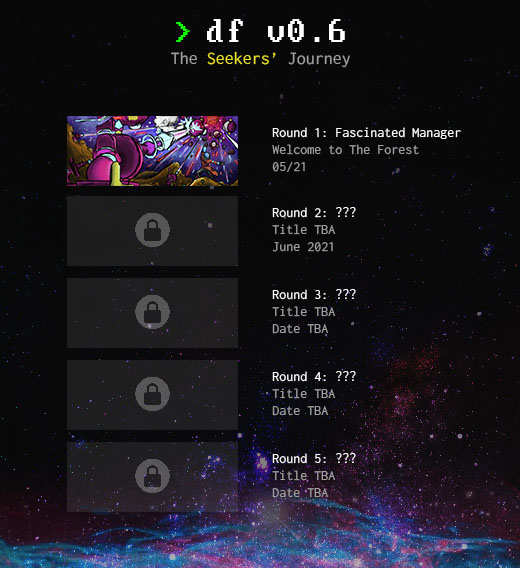 v0.6 adds a number of new features to Dark Forest, including:

Dark Forest v0.6 winners will be awarded prize planets of different rarities and enshrined in Valhalla, a universe frozen in time and the final resting place of the Seekers. These prize planets are NFTs on the Ethereum mainnet.

Each Dark Forest round will have different conditions for earning prize planets of different levels; generally, prize planets will be awarded for top-scoring players, scored according to each round’s objective function. 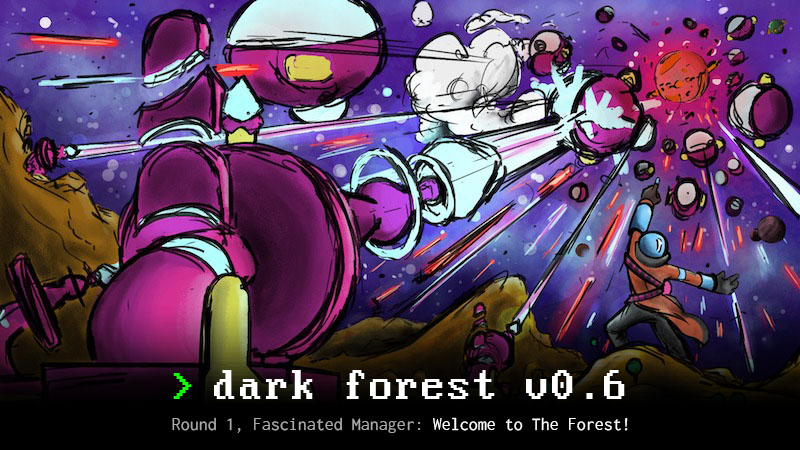 Round naming: As a thank-you to Dark Forest supporters, each round in v0.6 will be named after the planet with the largest hat from the previous round as of the end of the round (tiebroken by planet energy cap). This first round is named after a hat on the planet “Fascinated Manager” from v0.5, owned by cry.eth. 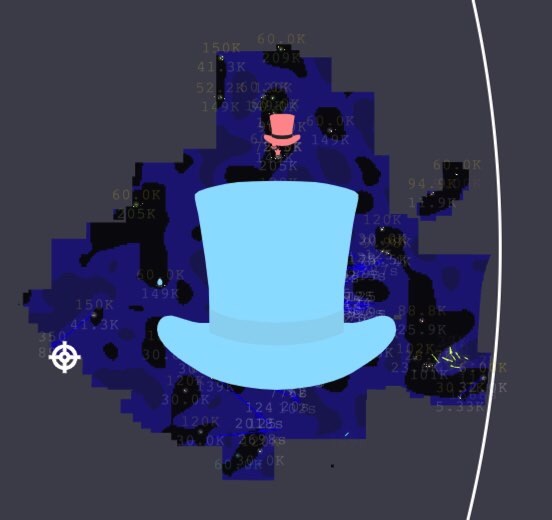 Fascinated Manager will begin on Saturday, May 22 and will end on Sunday, June 6. Several thousand invite keys will be sent out to Ethereum community members over the first few days of the round.

This round will be similar to previous Dark Forest games: players spawn into an expanding universe, and compete in a global FFA-style round. Prize planets will be awarded to the top 63 players of the round:

As in v0.5, we’ll also have special prizes for 3rd-party developers who demonstrate exceptional creativity or community-mindedness.

Your score in v0.6 Round 1: Fascinated Manager is the total silver you’ve withdrawn from the universe. In order to increase your score, you’ll need to ferry silver from asteroid fields to spacetime rips that you control.

Additionally, all players in Fascinated Manager can earn a whitelist key for the next universe (Round 2) by achieving a score of at least 1. Round 2 will kick off in mid-June.

For Developers: Plugins, Contracts, and Grants

Dark Forest v0.6 client, contract, and subgraph code are available in the Dark Forest Github repo. A handful of utility packages are also now available on npm. We’re working with community members to port a handful of the v0.5 community plugins to v0.6.

We’ve been working on refining the plugins development process–more details on this are coming soon. Additionally, we’re experimenting with enabling interoperable contracts (such as bounty contracts, information markets, and more) to be built on top of the Dark Forest core contracts as well.

This round, we’ll also be awarding a number of Dark Forest Developer Grants, for players who are building particularly useful or creative tools on top of Dark Forest. We awarded our first developer grant to Project Sophon several weeks ago, and there will be more to come.

Dark Forest v0.6 introduces five new artifacts left behind by the Seekers in their war against the Ancient One. Each of them has powerful special effects, and can be found on ancient foundries scattered throughout space, deep space, and dead space. 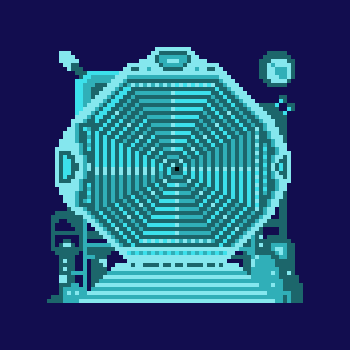 Wormhole: Wormholes contract the effective distance between pairs of planets. Voyages sent between two planets connected by a wormhole will travel faster and experience less energy decay. These artifacts can be used to construct transportation networks for ferrying silver and other items. 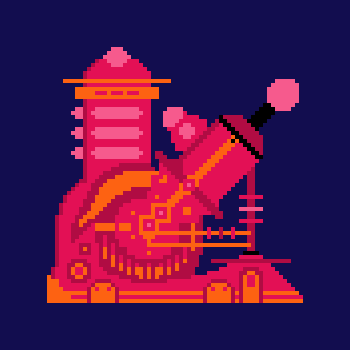 Photoid Cannon: A photoid cannon allows a planet to fire a single attack with massively boosted range and speed. Activating a photoid cannon on a planet will temporarily debuff the planet’s defense and start a 12 hour timer; the planet’s first move after the timer expires will be able to travel up to 10 times further and faster than the planet’s stats would typically allow. Photoid cannons are consumed on use. 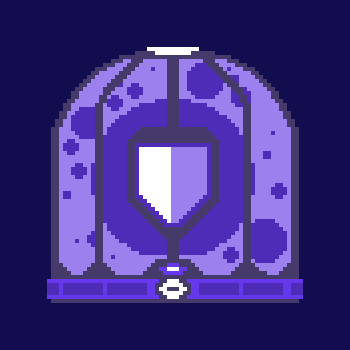 Planetary Shield: A planetary shield can be activated on a planet to temporarily provide a substantial buff to the planet’s defense, at the expense of range and speed. The shield consummable, and is destroyed on deactivation. 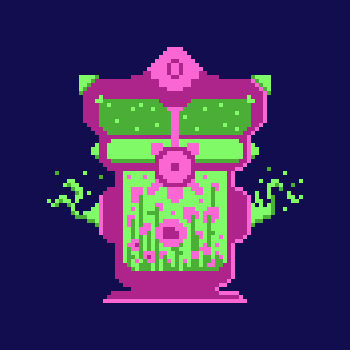 Bloom Filter: When activated, the bloom filter fills the planet of interest to maximum energy and silver capacity. Rarer bloom filters can be used on higher level planets. Bloom filters are consumed on use. 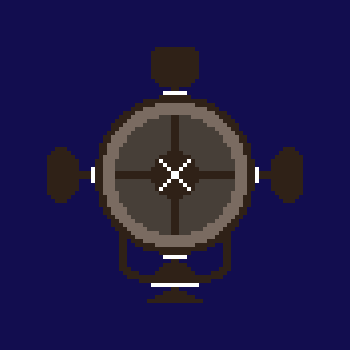 Black Domain: The black domain can be activated on a planet to destroy the planet, removing the planet from the game permanently. Rarer black domain artifacts can be used to destroy successively higher level planets.

Artifacts in v0.6 can only be withdrawn from and deposited into the Dark Forest universe at spacetime rips, which serve as a bridge between Dark Forest and the rest of the xDAI smart contract ecosystem. Higher level spacetime rips allow you to warp in rarer artifacts.

Artifacts can now be moved between planets as well, so if you want to pull your NFTs out of the game, you’ll need to be strategic about navigating your artifacts to a spacetime rip you control. 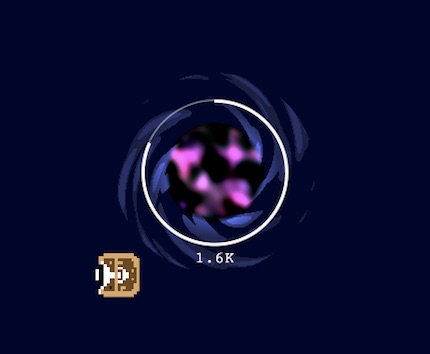 Ancient AIs power many of the artifacts that The Seekers left behind. You can talk to these AIs to learn more about the history of the Dark Forest universe, and its former inhabitants. Behind the scenes, these special Dark Forest NFTs are made interactive with OpenAI’s GPT-3 language model. 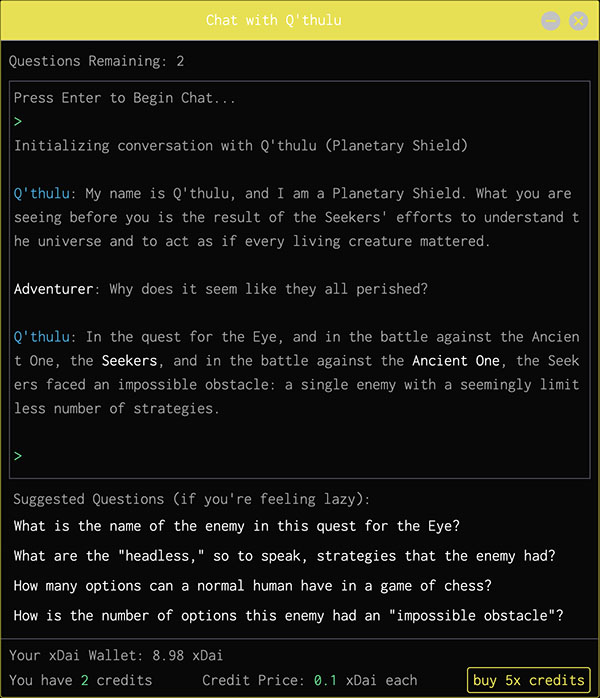 A Rip in Spacetime 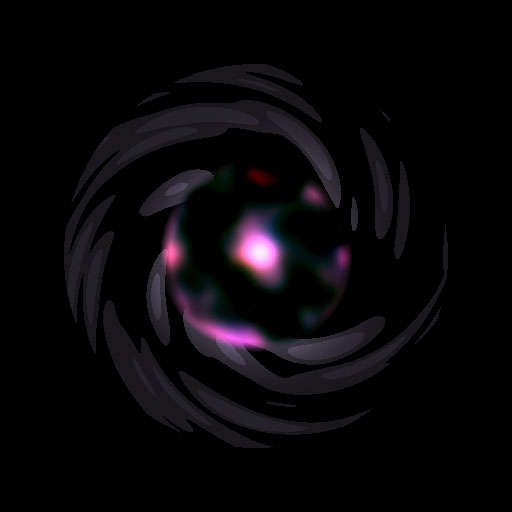 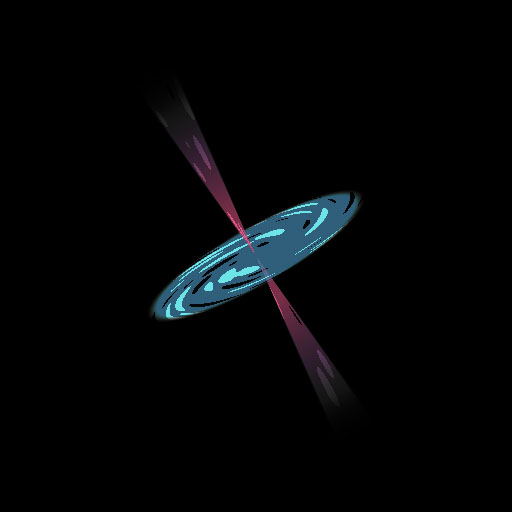 Quasar: Quasars are rare objects that can be found in all biomes. Quasars have unusually high energy and silver capacity, but zero energy growth rate. 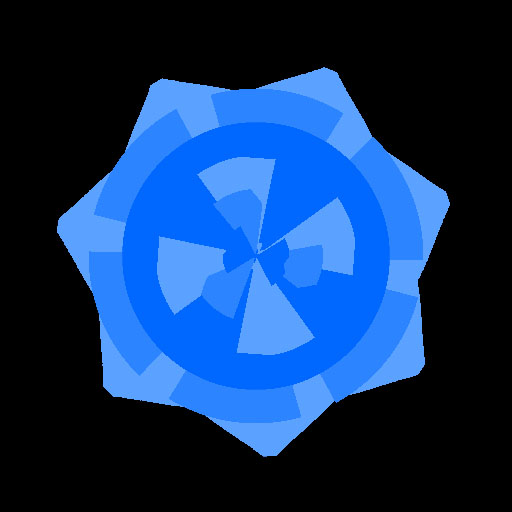 Foundries: Foundries are structures left behind by the Seekers which contain advanced technologies and artifacts. Artifacts can be harvested at foundries, which in turn can be found in all biomes except Nebula biomes.

Additionally, planet stats have been rebalanced, and planets now max out at level 9 (rather than level 7).

Once every 24 hours, you’ll be able to publicly broadcast (on-chain!) the coordinates of any planet in your view. This reveals the planet’s location to everyone in the universe, regardless of whether or not they’ve mined that location, and makes the planet vulnerable to photoid attack strikes from any player.

Finally, we’ve added an additional space type, Dead Space, and a corresponding biome–the Corrupted Biome. Dead Space is even more dangerous than Deep Space (with baseline defense even lower); however, corrupted artifacts and corrupted planets are even stronger than what you can expect to find in the rest of the universe.

We’re grateful to be able to build for the Ethereum community. So far, Dark Forest has been entirely supported by community contributions.

Additionally, we’d like to give a shoutout to some of the teams and technologies that make Dark Forest possible:

We hope you’ll join us in the Round 1 of The Seekers’ Journey, Fascinated Manager. One last thing: legends tell that there might be mysterious ancient artifacts scattered around the universe, relics from the war between the Seekers and the Ancient One…

See you in the Dark Forest.