Dark Forest v0.6 Round 4: Society Eggnog has concluded! Thank you all who participated and congratulations to the winners!

Over 1700 players participated in this very brief round. Of those, over 750 earned an invite key to the next round (the date of which is yet to be announced) by earning at least one point through withdrawing silver or discovering an artifact. 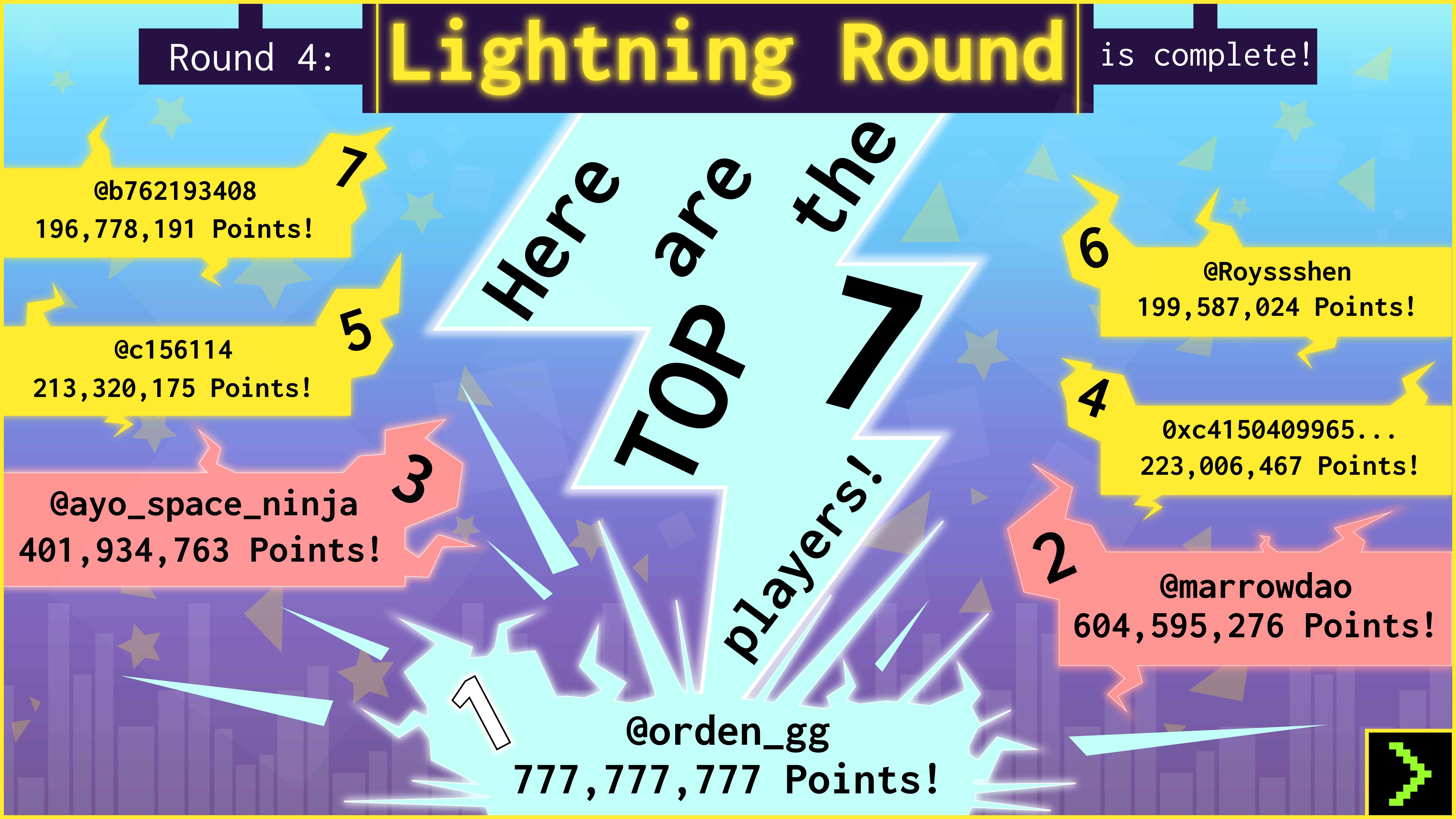 This round was a lightning round where everything was sped up dramatically; the game speed was faster, and the real life duration of the round was shorter than usual… clocking in at less than four days (a total of 84 hours!).

Players were up to the challenge and quickly gained steam when the round launched. In a dominant showing, @orden_gg ended up taking first place with an elegant score of 777,777,777. Even a bigger achievement is the fact that the group behind orden_gg has now taken first place in the last three rounds! They are the new unstoppable force in the Dark Forest. Don’t worry, we’re going to mix the rules up next time. orden_gg, you better be ready for a new challenge!

In second place came @MarrowDAO who didn’t reveal their identity until after the round ended. If you haven’t heard, MarrowDAO was responsible for launching one of the first GPU universe miners - perhaps that played a role in having their best placement yet?

@Ayo_space_ninja landed at rank three, seeing a well-deserved redemption from the previous round where they disastrously tanked from rank #4 down to rank #54 in the final minutes.

As the rounds have progressed, it’s easy to notice that many of the top placements are taken up by groups or DAOs. This highlights the ever-growing need for collaboration among the Dark Forest - it’s dangerous to go alone, so take friends with you! 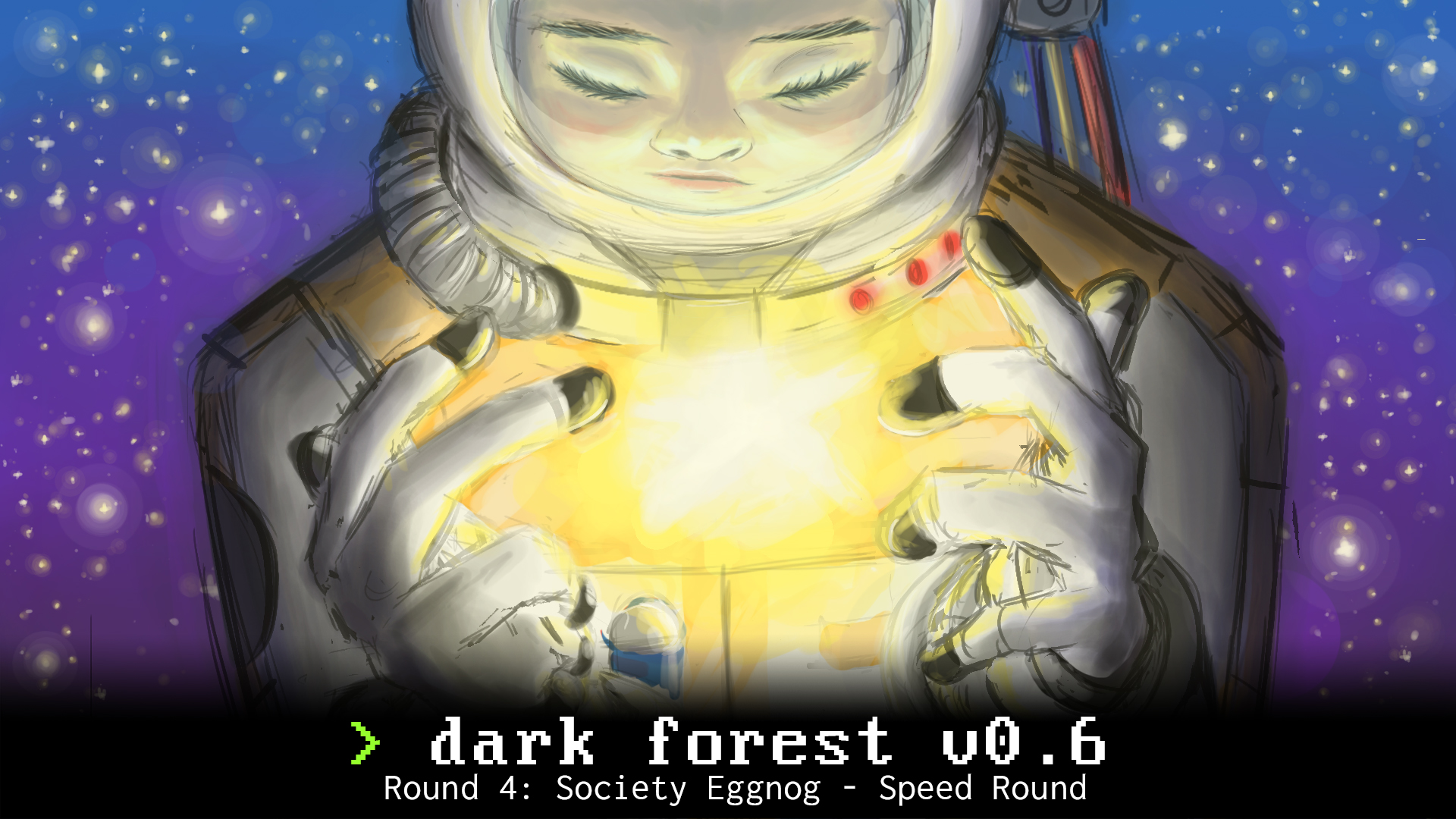 The top 63 players will be awarded planet NFTs in Valhalla on the Ethereum mainnet. If you won a prize, we’ll send an email to you in the future with instructions on how to claim it. These NFTs can be inspected on Etherscan and OpenSea.

Please note that a few fake Dark Forest collections have popped up on OpenSea. The ones we’re aware of were taken down, but more can pop up at any time. Please only refer to the official Dark Forest Collection on OpenSea.

We know you’re still waiting for the Round 3 Valhalla prizes. Don’t worry, they’re almost ready. Round 4 will be released shortly after. Thank you for being patient. <3

Similar to the previous round, beyond the top 63 planet awards, we’re also awarding a number of special prize planet NFTs to individuals who contributed to Dark Forest in especially creative and/or community-minded ways. These prizes are awarded by the core developer team with input from a few community members. They aren’t meant to be an exhaustive listing of all community projects; rather, they’re meant to highlight a sample of community contributions that we thought were especially cool.

When projects were launched with either multiple contributors, or with both DAO and individual involvement, the Dark Forest core team used discretion to decide where and how the special prize planet should be awarded.

Thank you for playing in Dark Forest v0.6 Round 4: Society Eggnog! We’ll see you in the next round.